We congratulate Tommi Huuhtanen on his anniversary

Tommi Huuhtanen, Board Member and Head of Central Purchasing and Controlling is celebrating his 20th anniversary with procurement “buy” progros.

Tommi started his career at the International Hotel & Tourism Training Institute IHTTI in Neuchâtel, Switzerland, where he graduated in hotel management. After his studies, he worked as a cost controller at Sheraton Airport Hotel Frankfurt before assuming the role of purchasing manager at Starwood Hotels for all German-speaking countries.

He then joined progros on 2 January 1999. His department here consisted of a very large team: just himself…The initial purchasing volume of EUR 10 million has now grown to a volume of EUR 200 million under management. And his “one-man show” has grown into a negotiating, procurement and controlling team of almost 30. The team now manages procurement for around 900 private and branded hotels (Lindner, Best Western, Althoff, Welcome, Brenners, Breidenbacher Hof, Schindlerhof etc.) and “gigs” on 10 new hotel construction projects (me and al, a-ja, Best Western, Adina etc.) every year.

In addition to continuously professionalising procurement “buy” progros, Tommi has regularly developed innovative services for the company – innovative services that in many cases were completely new to the German hotel market. Examples of this include the development of “Purchasing unlimited”, the new signature programme for 100% supplier-independent hotel procurement, as well as the volume bundling programme “progros plus”.

Despite his many work commitments, Tommi also became father four times in this period. So don’t let anyone try telling you we're not a family-friendly company.

Dear Tommi, it has been an honour and a joy to work with you over such a long period. It's not just great to have you on the team but also, since mid-2018, to have had you by my side on the Management Board of progros.

I wish you continued success with procurement “buy” progros and a good portion of good humour at all times despite the many projects and challenges we face. My DEHAG Management Board colleague Marcus Smola, Spokesman of the Board of DEHAG AG, and Alexander Kühnlein, Finance Director of DEHAG AG join me in congratulating you.

All the very best 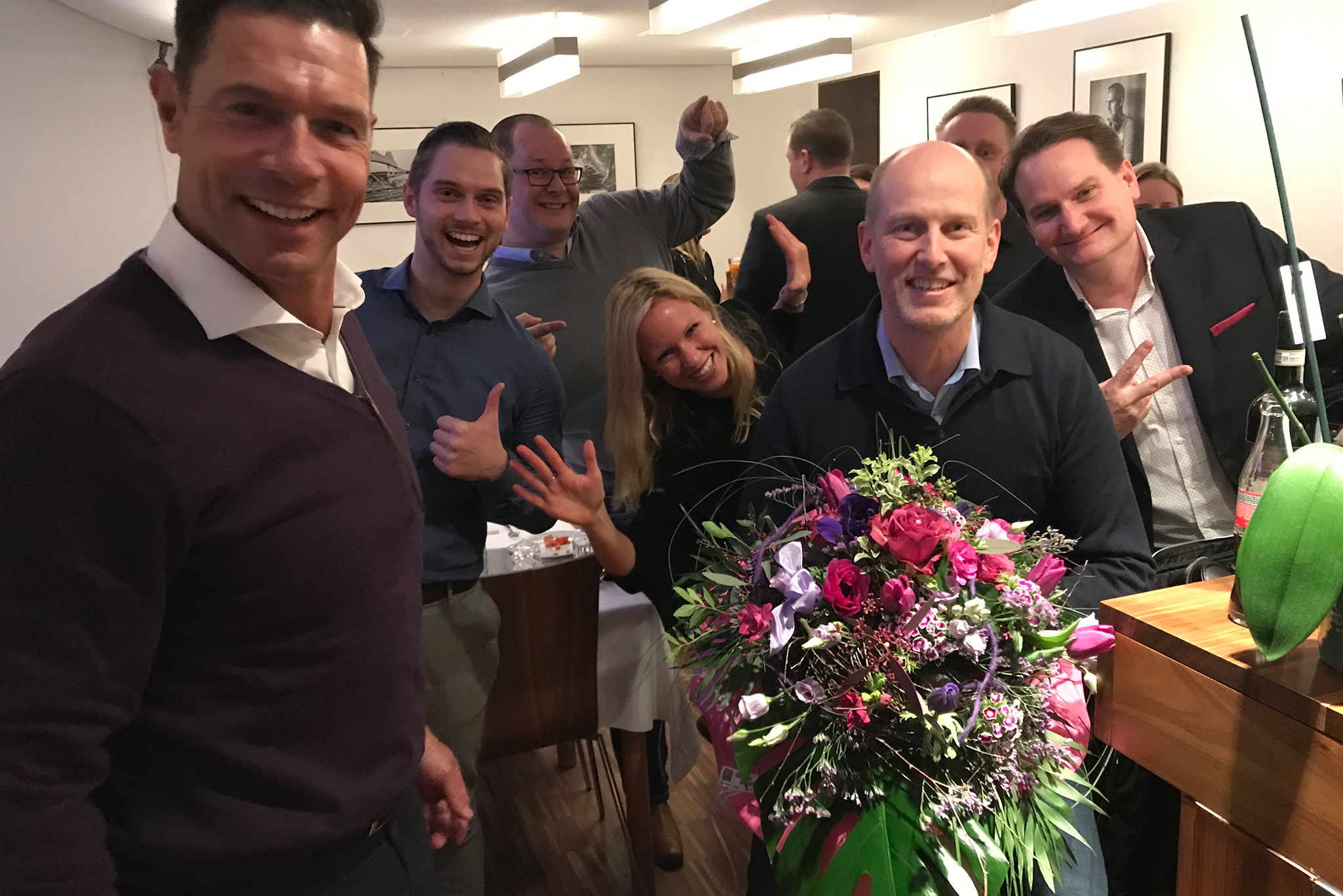